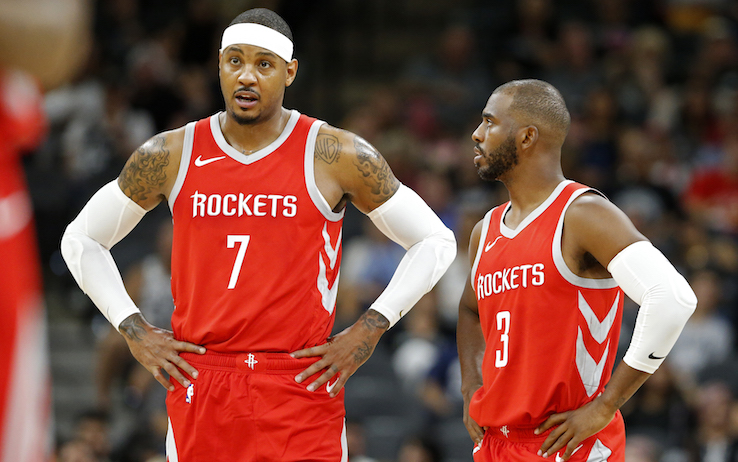 The last positive seasons of the Knicks are closely related to Carmelo Anthony. In 2012 Carmelo Anthony helped make the Knicks win the first palyoff game after ten years. Subsequently, he finished third behind Kevin Durant and LeBron James in the season’s MVP.

Phil Jackson’s arrival in New York has changed everything. Fired coach Mike Woodson, everything went downhill from there. In the end, Melo was traded to the Oklahoma City Thunder in the summer of 2017, three months after the separation of the Knicks and Jackson.

Carmelo Anthony, however, has never ruled out a return to Madison Square Garden and the New York Knicks.

According to SNY, there was a strong possibility that Melo had almost a change to rejoin the last off-season Knicks. The story goes like this:

Before the free summer last summer, the organization’s high-ranking members had an interest in signing Carmelo Anthony as a free agency.

At the time, Anthony’s agent was Rose, who is currently the president of the Knicks.

Leon Rose, Carmelo Anthony’s longtime agent, assumed the position of President Knicks just last season, when the team separated from many of his basketball gurus. To add even more intrigue to this, a separate report by Marc Berman from the New York Post says that several NBA executives believe that Rose can try to bring Anthony back to the Knicks.

Rose is also the current agent of the NBA Superstar – and a close friend of Carmelo Anthony – Chris Paul. Anthony and Paul had a short stint as teammates in Houston. Paul himself has also been linked to rumors that could be exchanged with New York.

The only people who really know where they want to go are Anthony and Paul themselves. Rose will have a lot to do with this, as will the other team leaders, but Melo and CP3 have gained the ability to somehow choose where they will end up at this point in their career.

There are rumors about the possible return to the field of the NBA, but Chris Paul, president o ...